Supermassive Black Holes in AGN and the “Grand Unification” Hypothesis 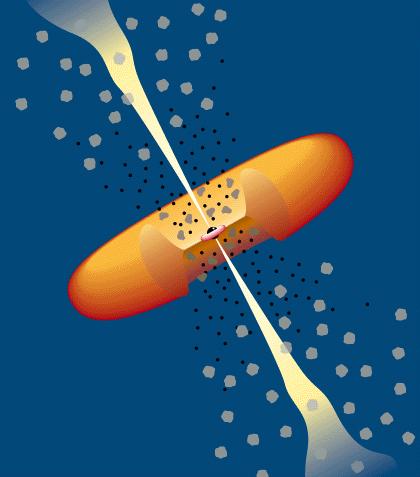 Made estimates of black hole mass and studied its relation to bolometric luminosity and Eddington ratio for 10 times more AGN than previously studied. Established that luminosity and Eddington ratio are largely independent of black hole mass, apart from approximate upper envelope to luminosity. Established that there is no relation between radio-loudness and black hole mass, contrary to previous claims based on small and/or censored data sets. Established that AGN host galaxies define the same fundamental plane as normal (non-active) ellipticals, thus supporting the “Grand Unification” hypothesis that AGN are a common phase in galaxy evolution. Measured the evolution in the mass-to-light ratio in AGN host galaxies and showed it is the same as for normal field galaxies. Our discovery that star formation has occurred relatively recently in these host galaxies is surprising because they are giant ellipticals, which were thought to form at relatively high redshift (z~3-5).